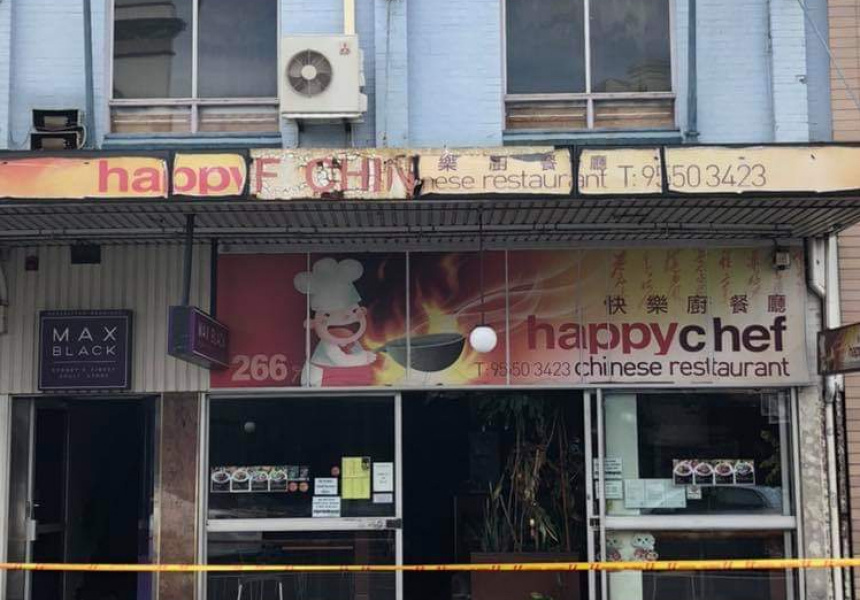 Two leading chefs – one from Hubert, one from Continental Deli – are taking care of the menu, and it’ll be open every day till 2am. There’s an exciting new bottle-o and bar just three doors down.

The Newtown spot that once housed Happy Chef has lain dormant for three years, but work is underway to bring a new venue to King Street, one that includes a morning-to-late menu, two prominent hires and a desire to inject some wild fermentation into the area.

The Odd Culture Group (which operates The Duke of Enmore, The Old Fitzroy and The Oxford Tavern) has been chipping away at the site’s renovation since late 2020, originally planning to transform it into a natural booze bar with American-style pizzas. Now, after bringing two leading chefs on board, group general manager James Thorpe tells Broadsheet they’ve taken things up a notch.

“When our group executive chef James MacDonald started with us a few months ago, he looked at the space and said we have an opportunity to do something special with the food, so we tripled the size of the kitchen,” he says. “And, Jesse, who was the executive chef at Continental Deli, he’s come over to run the kitchen.”

Jesse Warkentin joins as head chef at Odd Culture Newtown. Warkentin and MacDonald (formerly at Restaurant Hubert) will tag-team the menu, working to an overarching theme of fermentation – without sticking to any one cuisine. “King Street is very cuisine-based; you’ve got heaps of Thai, Japanese and lots of Italian. We’re not doing that,” says Thorpe. “It’s going to be an amalgamation of really tasty, interesting foods from both James and Jesse’s backgrounds.”

Like its former Darlinghurst venue of the same name, Odd Culture Newtown will have “drinks made using ancient methods or with minimal intervention,” says Thorpe. So natural wine, sour beers, lambic beers, and possibly homemade kombucha for the early risers.

Expanding the takeover even further, Odd Culture has snapped up the location three doors down – the old Blacksheep Bar – where it plans to open a bottle shop and bar. “It’ll be very European,” says Thorpe. “You can walk in, browse the wines and beers, pick something up, sit down and drink it with a few fresh shucked oysters, cheese and fresh bread”.

The group is taking inspiration from Septime La Cave in Paris, and similar retail-bars in Melbourne. Subject to approval, the bottle shop will look and feel like a bar.

“Our motto is dark and loud. We want to make them dark, have good music and the atmosphere needs to be… I use the word ‘sexy’.”

Odd Culture’s two-level venue will operate daily from 7am till late. The $2 million makeover is due to be completed by mid-July. Expect reclaimed timber floors, tables made from former French oak wine barrels and plenty of distressed paint finishes.

Odd Culture Newtown is set to open in mid-July 2021.

Written by Broadsheet Media. Photos by @nicenuts via Twitter